A sexually transmitted disease (STD/STI) is a disease that is contracted through sexual exposure. It is possible that if you have been sexually active at all, you could be at risk of having an STI (sexually transmitted infection). Below is more information about these diseases.

How long have STIs been around?

Before 1980, the most common STIs were syphilis and gonorrhea. Since 1980 there are at least 25 new STIs that have been identified, including HIV/AIDS.

Is there really that big of a risk for me to get an STI?

One in four teens will get an STI before highschool graduation. STIs accounted for 87 percent of all cases among the top ten most frequently reported infections in the U.S. during 1997. Five of the top 10 reportable infectious diseases in 1997 were either exclusively or largely transmitted during sex, including the top four (chlamydia, gonorrhea, AIDS and syphilis).

How many people are infected with an STI? 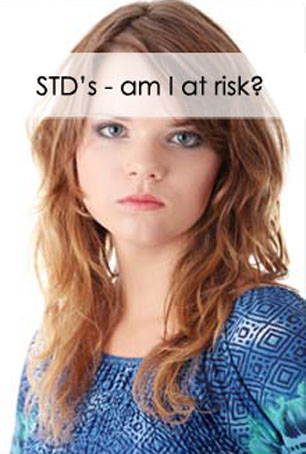 Are teens more at risk for STIs?

Why is the (15-24) age group at greatest risk for acquiring an STI?

What about HIV /AIDS? Am I at risk?

Which STIs are stopped by using condoms?

Can STIs be cured?

While medical science has made great advances, the growth of STI infections continues to spread. Chlamydia and gonorrhea can be “cured” with antibiotics but can leave scars, which often require future treatment and may cause infertility. And certain strains of gonorrhea are becoming increasingly resistant to antibiotics. If you are at all concerned about having any STI, please go see your Primary Care Provider. Here are some local practitioners that you can call.

For more information on STD/STIs  you can visit this site: http://kidshealth.org/en/teens/abstinence.html